Congratulations to our August Scrapbook Place Blog Member of the Month Pam Kent !!!

Congratulations to our August Scrapbook Place Blog Member of the Month Pam Kent !!! Many of you may know her but how much do you really know about her???? Pam joined Scrapbook Place on Jul 13, 2012.

She resides in Arizona, with her sweet and loving husband, she and her hubby she will be married seven years this month. They had met at church and later realized they had met at a bible study several years earlier. Pam is a stay at home wife, she and her husband have three grown sons and no grandchildren. They also have a home in the mountains and her favorite thing about having both places is that she has two scrapbook rooms. Can anyone say hoarder LOL

Pam's past, has been an adventurous, hard life. She love the Lord dearly and is very thankful that each day he brings her through whatever comes her way.

Pam's hubby is an airplane and helicopter mechanic, he is also a welder and a pilot. He can do just about anything you can think of, he just amazes her all the time. She has seen him do things she never would have thought could be done! Daredevil Pam actually flew an airplane for the first time last year! So watch for any low flying planes in your neighbood as she may fly over your house one day and wave at you.

Pam has lots of outdoor cats, even though she is allergic to them. She hates mice big time. Although she does not play with the kitties she watches them from afar. She really loves doing that.

As a child Pam learned to fish, hunt, refinish furniture, remodel houses, sew, embroidery, and just so many other things. She really enjoys fishing now and she loves eating what she catches. She once lived in an area where she would grab up the neighbor kids and take them fishing. They loved it ! Only one boy would stick around to help with the cleaning though when they got back home, so, she would cook the fish and they would eat it together.

When Pam was a single mom she relied on herself for many things. She taught herself to do electrical repair on both large and small appliances, maintain and repair her own vehicles, knit, crochet and many other things. Later in years she learned how to set and skirt mobile homes, build rooms, live without fragrances and most chemicals, build computers from scratch and so so many other fantastic things. For the last 7 years she learned how to let her hubby do most of them. The ones that she still does they do together (except for working on computers, sewing, knitting, crocheting and embroidery) although she shared that her hubby knows how to sew from his bachelor days. Many of her friends used to call her Little Miss Fix-it.

When Pam went job hunting for the first time as a secretary, one of the businesses she applied at said they were looking for someone with experience, she replied, how can I get the experience unless I get hired! So given the chance, she worked for them and lo and behold three days later they left for a week, she was all alone in the office. Not a problem for her though she came through with flying colors.

Another one of Pams job was a semi truck driver. Yep that's right a Truck Driver!!! When she drove truck she was one, in only five women, in the whole USA, that hauled mobile homes back then and she weighed 100 lbs soak and wet. People used to film her going down the road and at the truck stops. Go figure!

Pam being the wonderful mother she is home schooled her children, even when driving truck. Sometimes they had history class over the CB radio. Not one truck driver ever complained. Pam also worked on her own semi when needed.

Pam's true joy is relaxing while making cards and scrapbooking. She got started at a card party many years ago. At first she really wasn't into making cards but instead wanted to do scrapbooks, for the boys. It stayed that way for many years and she found she had little time to spend doing it, but eventually she started making cards for her hubby and for her Dad. Sadly though the first of this year she lost her Dad and card making has been hard since then. Life has been soooo busy too that she hasn't really had time for it either.

Admit it you all sang it too!!!
Here is our Pam as a little girl, her big girl picture is in the wash!!!

Congrats Pam on being spotlighted this month!!! 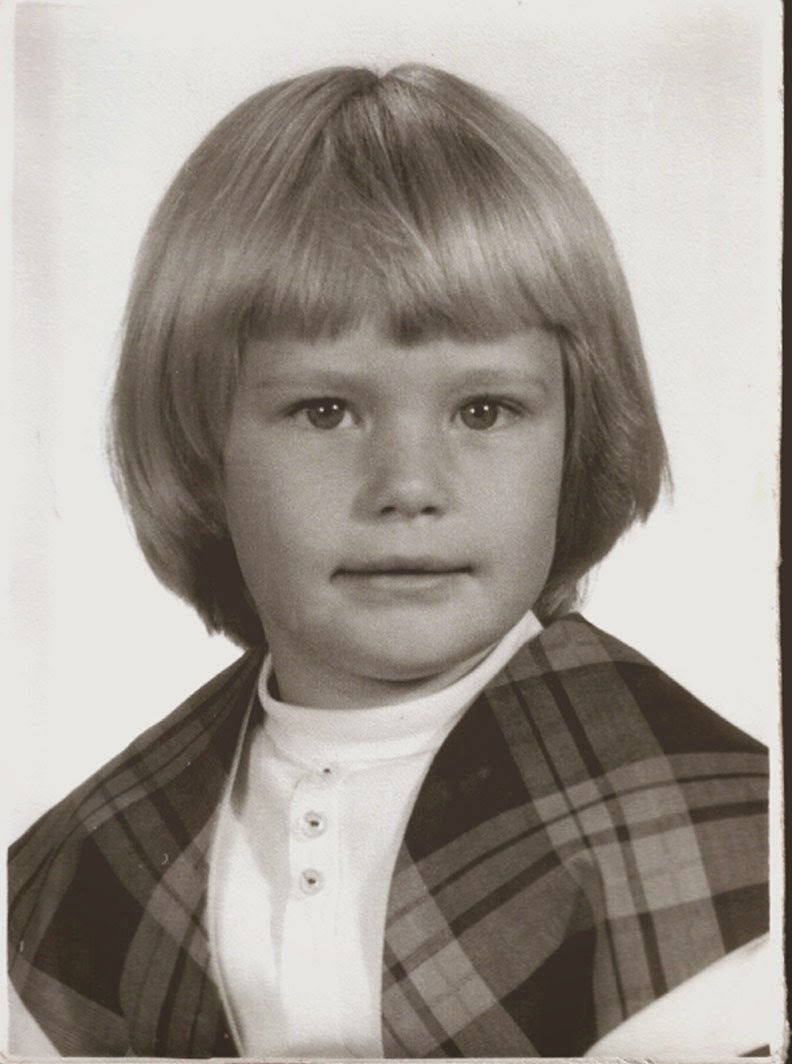