Waste Not, Want Not!

Recently our Yahoo Group offered a special two-part swap called the Garbage Bag Swap.  Participants were given a partner to send the crafting leftovers on their craft table.  That was the first part.  The second part was for each crafter to create something with the leftovers they had received!
This is what I came up with the leftovers I received from Winnie: 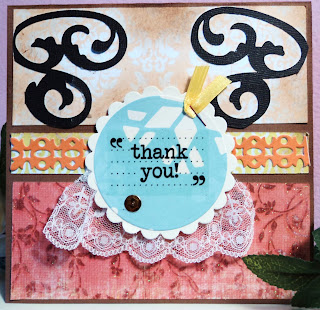 I received some lovely pieces of patterned papers that I adhered onto a brown cardstock card base.  Next I cut the "wings" off a diecut bug that was in the envie.  They becamse my card's flourishes.  I used my own sentiment coaster, piece of border and bit of lace.  Finishing off the card was a snippet of ribbon and my card is complete!! 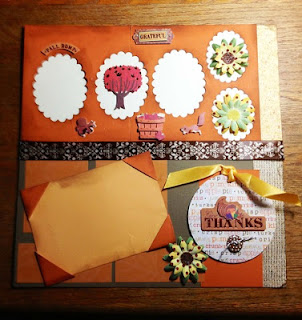 Next up is a layout by Winnie, who received Debbie Fecteau's leftovers.  She made a gorgeous Fall page just in time for Thanksgiving.  Winnie loves to distress her papers with ink, just like I do.

Here's another card, this one by Virginia, who received her materials from Laura Daniels.  Looks like she used die sut scalloped circles for the tops of her ornaments!  It alos looks like she's starting to make her Christmas cards, which is something I need to do soonest! 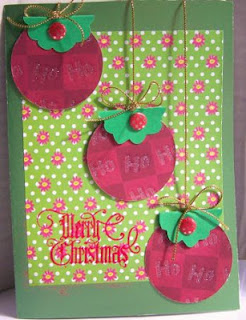 Mary received leftovers from Linda Weber to make this card.  I love her musical theme!  The glitter papers make the card sparkle with birthday wishes, and I have a feeling her card is going to a special person on her birthday. 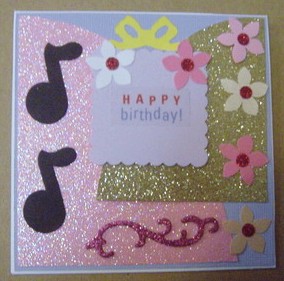 Last, but not least, is a beautiful project from Linda Weber.﻿  She received MY leftover trash and made a real treasure with it all.  Here's her curio cabinet: 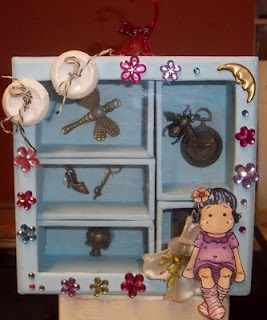 It was really hard to choose a fave from all these projects, but the group voted.  So, after a group poll on who really went all out on their garbage bag swap projects, the winner was announced this week...

Congratulations
WINNIE
You really rocked this swap/challenge!!
﻿
Posted by Pat at 11:47 AM